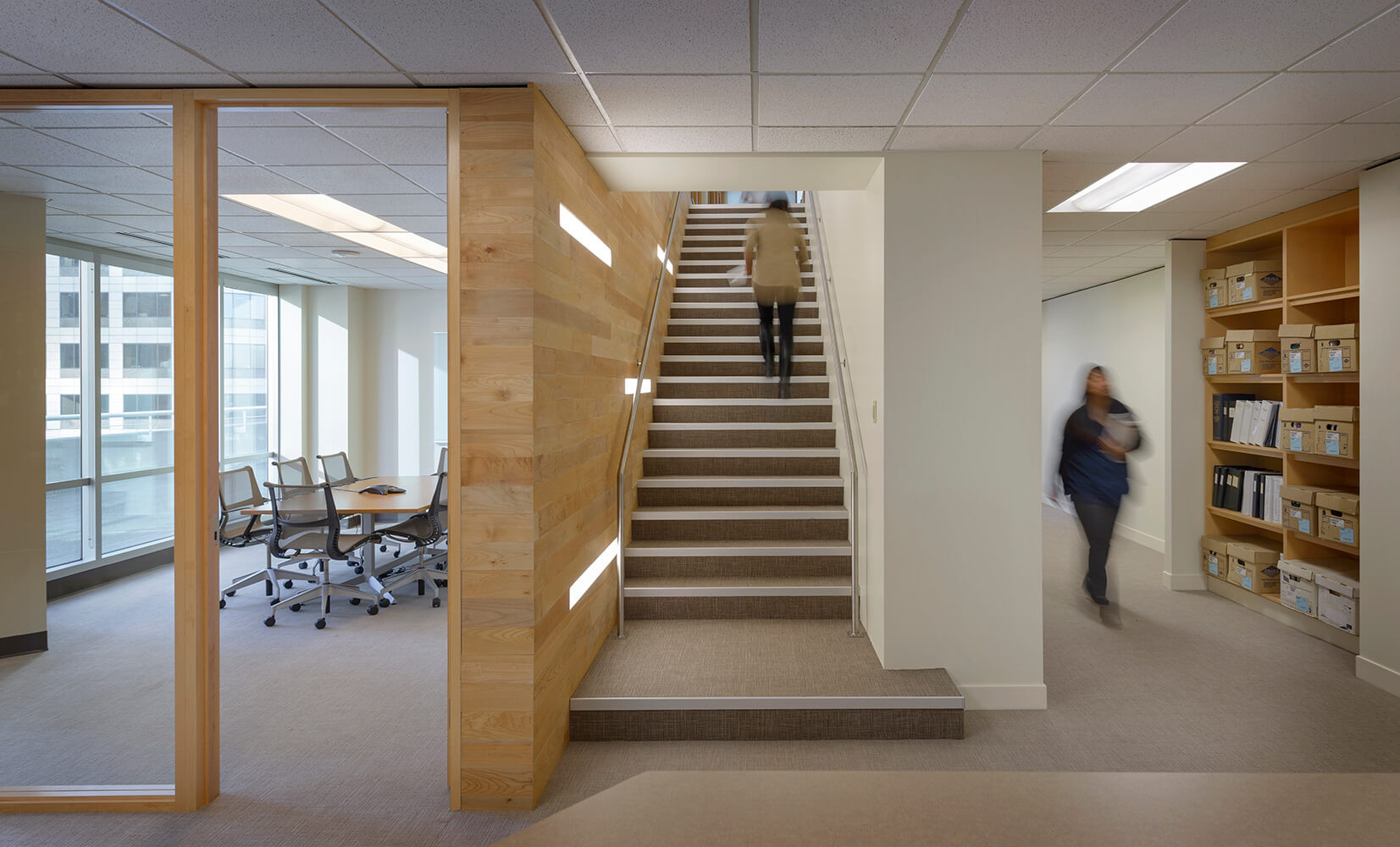 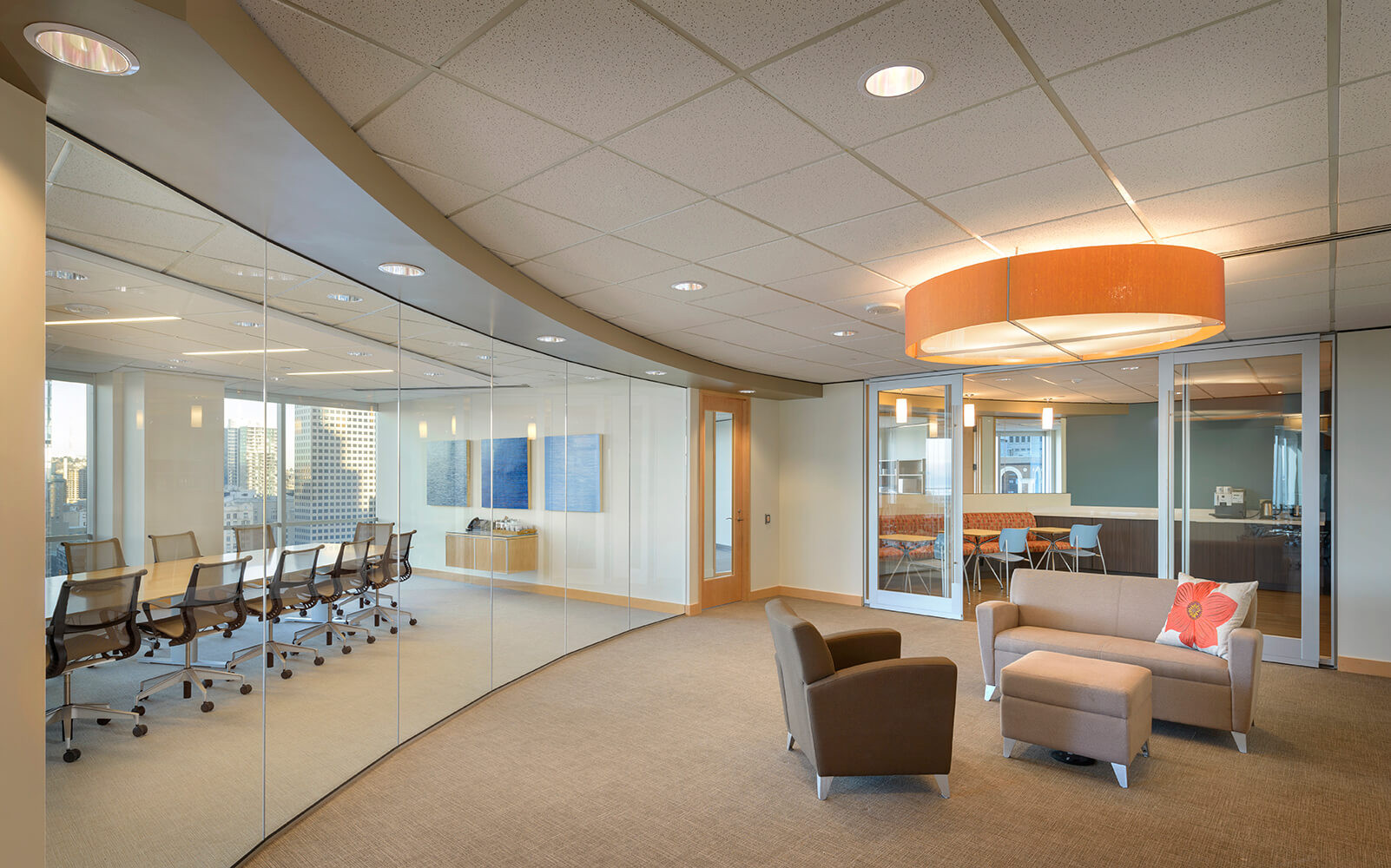 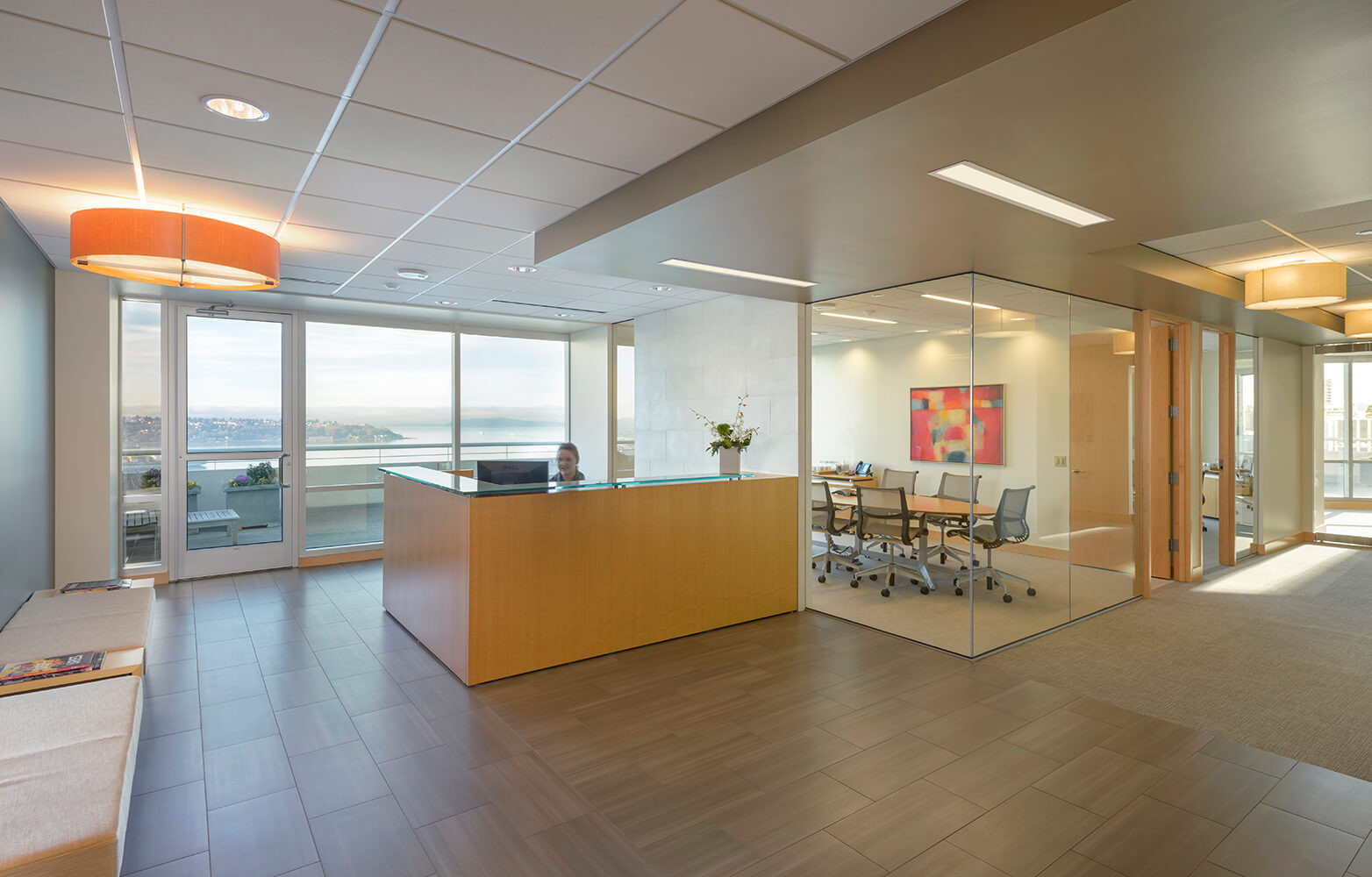 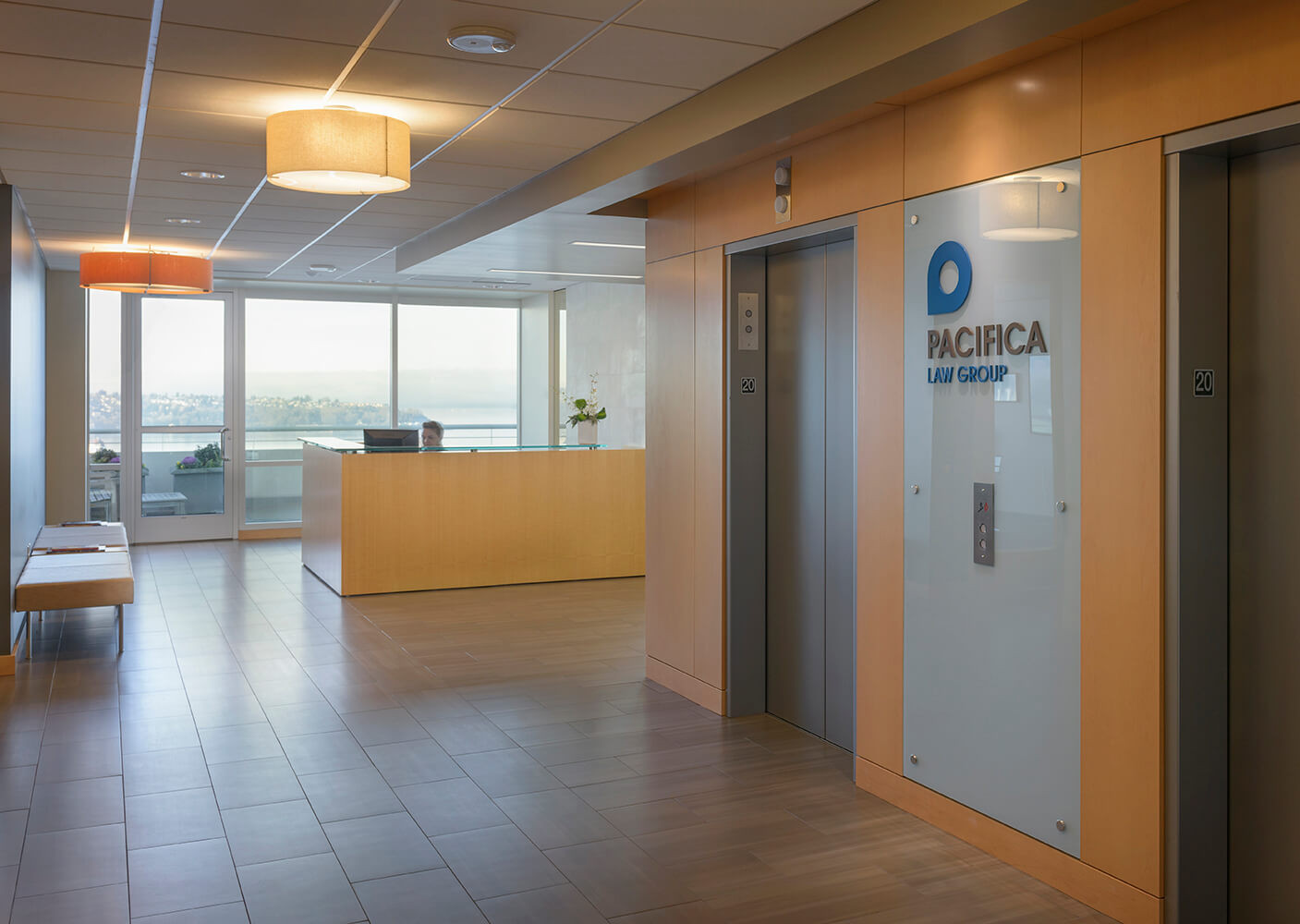 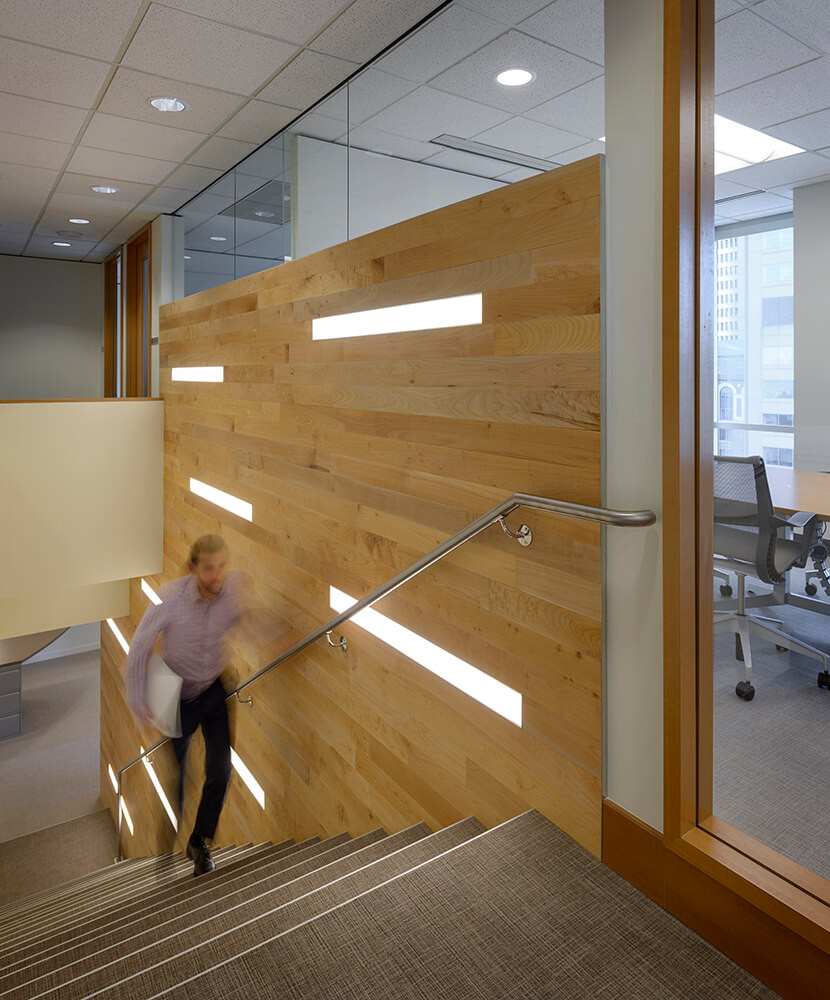 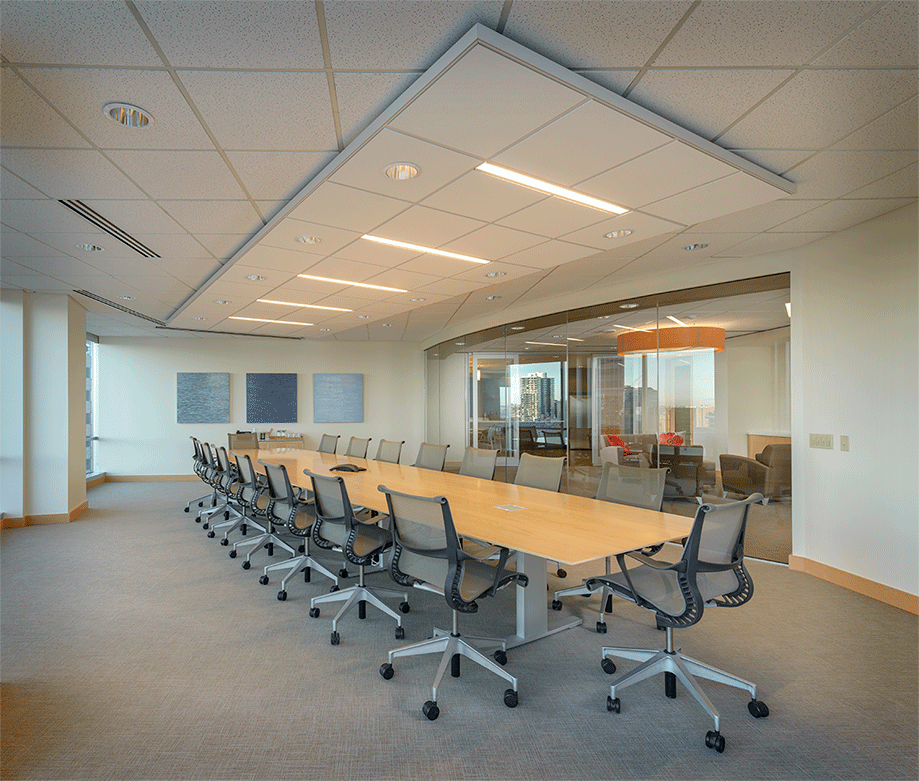 An overarching goal for project was to provide a light, airy feel to this law firm's two-floor office downtown. Locating public areas so that employees would have direct access to the rooftop patio and proximity to the internal communicating stair influenced the floor plan. It was important that the client would have secured separation between public and private space within the office, since they often host events after business hours. Simple lines within the space's design are meant to give way to the external views of the Puget Sound and the Olympics. Because our work involved expanding the office suite, materials were consciously chosen to bridge the gaps between the existing suite and the new space. 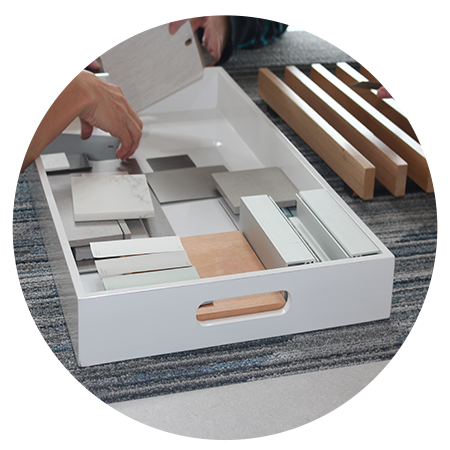